Posted at 18:03h in Spain, Travel bits and pieces, Uncategorized by woodman1 1 Comment

So we’re getting ready to leave. We just packed up and cleaned the cortijo to a gleaming spotlessness, repositioning bits of furniture we had moved to accommodate our particularities (mainly making space for books), hoping that we’ve returned everything to its rightful place.

The diary checking started a few days ago: “What are you doing on Friday?” “Are we busy next weekend?” An abrupt reminder of how much we are ruled by ‘events’ in the normal run of life and how rare it is to have an interlude like this one when ‘events’ are sidelined and you feel completely in charge of time. And it’s not been a period of aimlessness; au contraire, it’s been purposeful and productive. It’s just a very stark contrast to the regular routine.

I realize on re-reading my blog (but also because it’s just so obvious), that these have been seven mainly solitary weeks. Well, solitary as in two people almost completely reliant on each other for ‘society’. The limited contact we’ve had has been good and enough: my weekly pilates class, Spanish classes and that’s it. In fact the ‘we’ is wrong; it has mainly been my contact. Jim has been the most ‘solitary’, save when he has accompanied me a couple of times on the trip to my Spanish class to rub shoulders with his fellow man in Almeria, and partake of some excellent tapas in the classic Casa Puga, reputed to be the oldest in Andalucia. I don’t know if shopping trips count, but we’ve done those together too, the way one does when exploring the delights and dilemmas of foreign supermarkets. On our hikes we have hardly encountered another walker and the trails have led us to remote and often abandoned communities where only the ghosts of past lives linger. We’ve had tapas four times and been out for dinner once; I know, that’s probably got to make us truly weird. We haven’t sought out society. I realize that the blogs, therefore, have been a little devoid of characters for which I apologize. Amaya made a short appearance and Enriqueta was irresistible; others could have had a walk-on part but discretion and a possible return here next year stayed my hand.

It’s been a very ‘other’ sort of life here. But we have relished this isolation. Himself is never alone with a paintbrush in his hand and there’s been scarcely a day when his hand has been empty. Even now, on the last afternoon with everything (or so I thought) packed in the car, I see he has his watercolours out again. A last picture of the cortijo, which I will attach to this post. As for me, well, I seem to be fine with a pen and a small jotter, some knitting or the shuttle of my little loom to hand, a book or a wistful gaze into the middle distance – it all depends on my mood….

We’re ready to go home and also ready to leave, although the leaving, like any leaving after making a place home even for a short time, is a little sad. That it’s over and it was so good; that a return here next year will not be a repeat because it’s never the same. But no, we’re ready to go back and pick up those threads again, embrace family and friends and, yes, even those diaries.

Reconnecting makes me think of the disconnections that occur when you disappear from view even for just a few weeks. Out of sight of the usual preoccupations and interactions but they are not out of mind. On the contrary, this temporary emigration sharpens the focus on a few things, I suppose the ones that really matter. It seems to me that when you lay aside the stuff that fills life and remove yourself from it, albeit briefly, you concentrate on the connections that must be sustained despite the distance. My Mum is a good example. The sense of responsibility and the awareness of her need are heightened by physical distance, as I’ve said before. So, these things preoccupy you more, not always happily, but they are continually present in a way that is not always true when you’re at home and involved in the stuff of everyday life. Distance also intensifies thought and reflection, which is utterly unimpeded by the noise of daily life. So family, close friends, important activities, the sense of self that’s created through this web of relationships and how to nourish it and them gets essential space in the mind.

But the noise is a necessary distraction, a protection when the thinking gets too much. So, don’t get me wrong, I’m happy to be going back to the noise and the stuff, the mainstream of life, its everydayness that makes it thrilling and frustrating all at the same time but without which I just couldn’t do!

Till the next blog, adios! 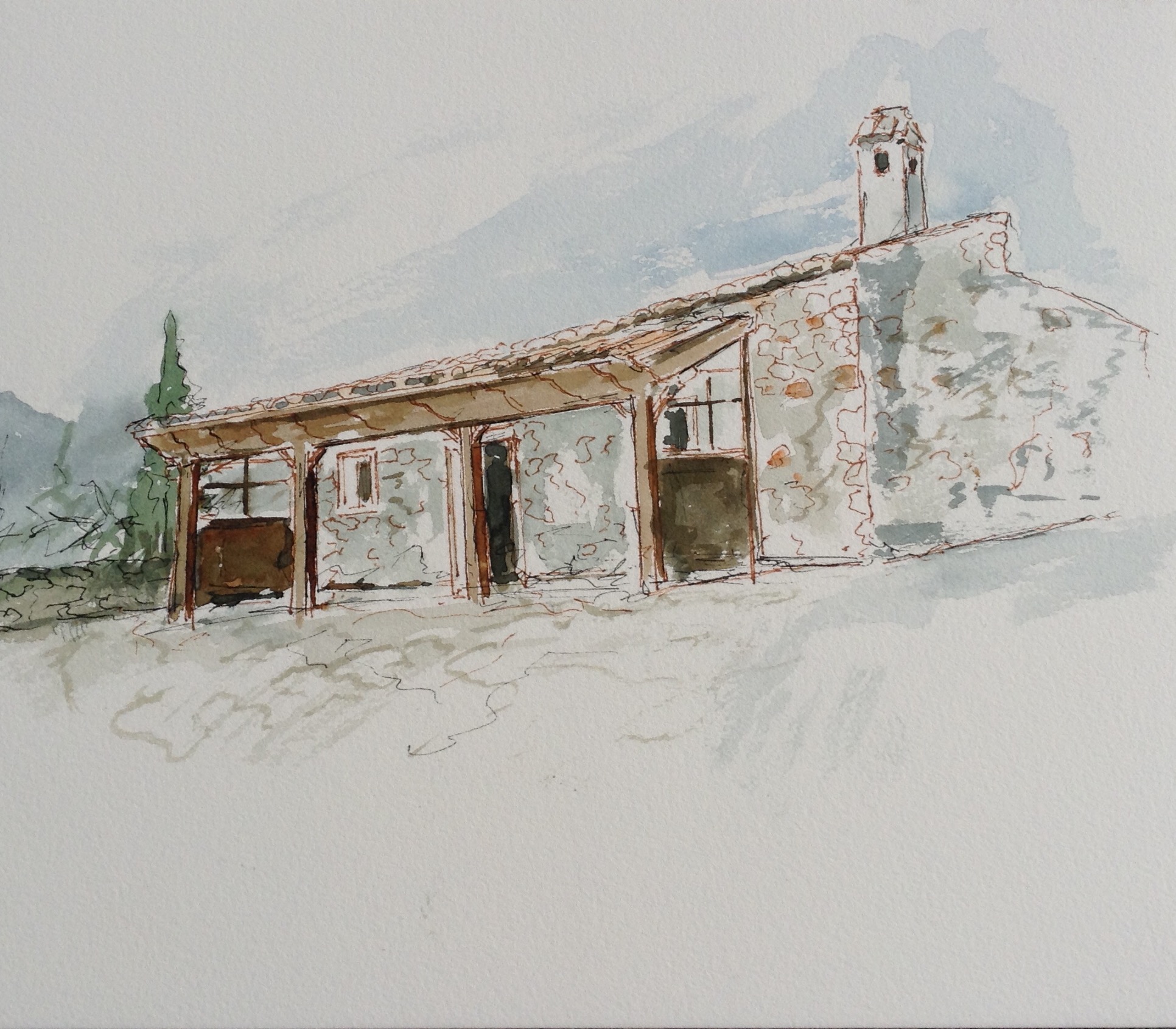