Beer and tapas in Zurgena

13 Jan Beer and tapas in Zurgena

Posted at 18:45h in Landscape, Spain, Uncategorized by woodman1 0 Comments

Friends are visiting. Liam and Jilly have dropped in from Hastings for a few days. So we’ve swopped our usual routine of working, walking and reading for a new one of talking, walking and eating. It’s been great!

We were headed for Lubrin this lunchtime. Into the hinterland far away from the coastal strip and Expatriate-land. Back into another Spain of villages and small towns where cats loiter and dogs lurk in the narrow streets; where little bars serve beer and tapas to a clientele of men who seem to have an easy familiarity with one another and talk rapidly in indecipherable Spanish. The women are at home, we suppose.

I was driving. It was a journey we had done last year. I remembered the spectacular winding road up over the sierra and down into the valley beyond, and took the hairpins like a pro. I remembered the hard right at the T-junction where you join another winding road. I forgot that Lubrin is less than a kilometre from here, hard left, nestling in a little valley. No road sign going north. So on we drove – and on and on.

Until, around 2.15 pm, we reached Zurgena, its three dramatic churches dominating narrow streets of terraced houses with neat wrought-iron balconies and window grilles. We found a bar that seemed promising at first. I enquired about drinks and tapas but the barmaid shook her head – no tapas. She seemed irritated, jaded and overburdened with the demands of her other customers and all the washing-up still to do. But eventually she warmed to my efforts with Spanish and gradually the menu options lengthened and she started to smile. So we feasted on cheese, olives, tomatoes and bread and a chaser of patatas bravas.

A walk through town and Jim finally took up the sketchbook to capture this charming place. Around him gathered an audience of 7- and 8-year-old girls inquisitive and uninhibited, intrigued by his drawing and fascinated by the length of Liam’s beard – ‘hasta el suelo’ they said: it must be down to the ground! 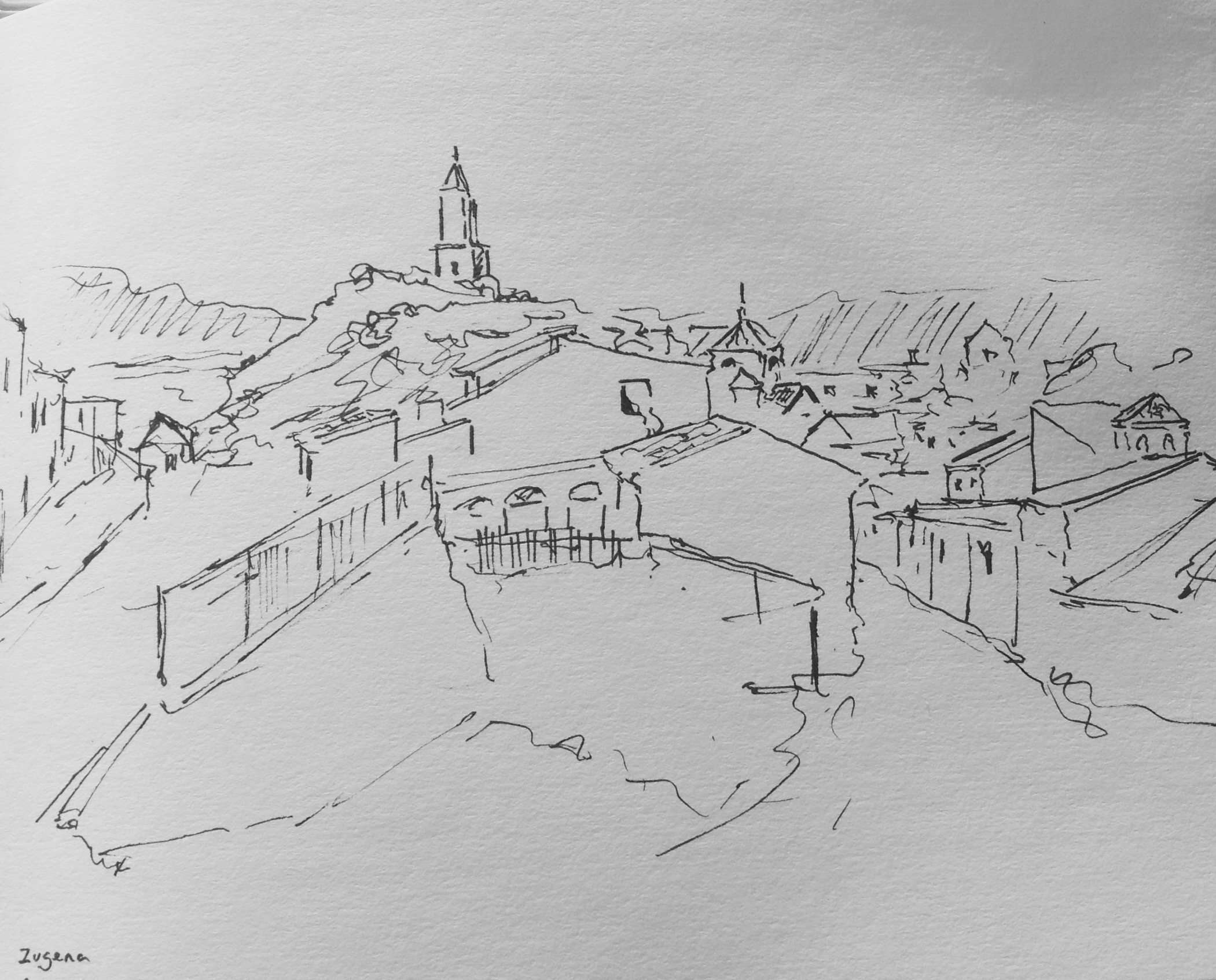