Down to the sea again

11 Jun Down to the sea again

Posted at 17:29h in Landscape, Uncategorized, Walking by woodman1 0 Comments

On our last morning we awoke to fog as thick as parsnip soup. It wasn’t raining but it was dull and damp, like a curtain had been drawn low across the land. After 15 days of dry, often sunny weather, this was a shock. It was as if the end of this great journey was being kept just out of view, just out of reach.

By the time we had hiked across Sleights Moor, down to Little Beck and through its glorious woods, a white cloudy sun had swallowed up the fog. As we walked across more moorland, some of it boggier than even the famously boggy Pennines could offer, we had the abbey ruins of Whitby in sight in the distance to the north. The route takes you to the coast about two miles north of Robin Hood’s Bay through a huge holiday park of static caravans, uniform in their shade of hospital green, uniformly facing out to sea. This final furlong to the coast with its tiny detour round the sewage treatment installation that does what it does for the residents of the caravan park is somehow mundane, like a call back to the real world after being somewhere else…. Then it’s an undulating stroll along the cliff tops until you round the corner to see the houses of Robin Hood’s Bay draped down the cliff in a sheltered cove.

Robin Hood’s Bay, as far as we know, has absolutely nothing to do with Robin Hood, man or myth, and the only Merry Men we saw were knocking back a pint of best or devouring an ice cream, ideally of Yorkshire provenance! It’s a picturesque location with its narrow streets and buildings seemingly piled on top of one another, its car parks full and its gift shops bursting with tourists. But it feels a little banal at the end of a long and majestic walk. But maybe that’s not the fault of Robin Hood’s Bay…… 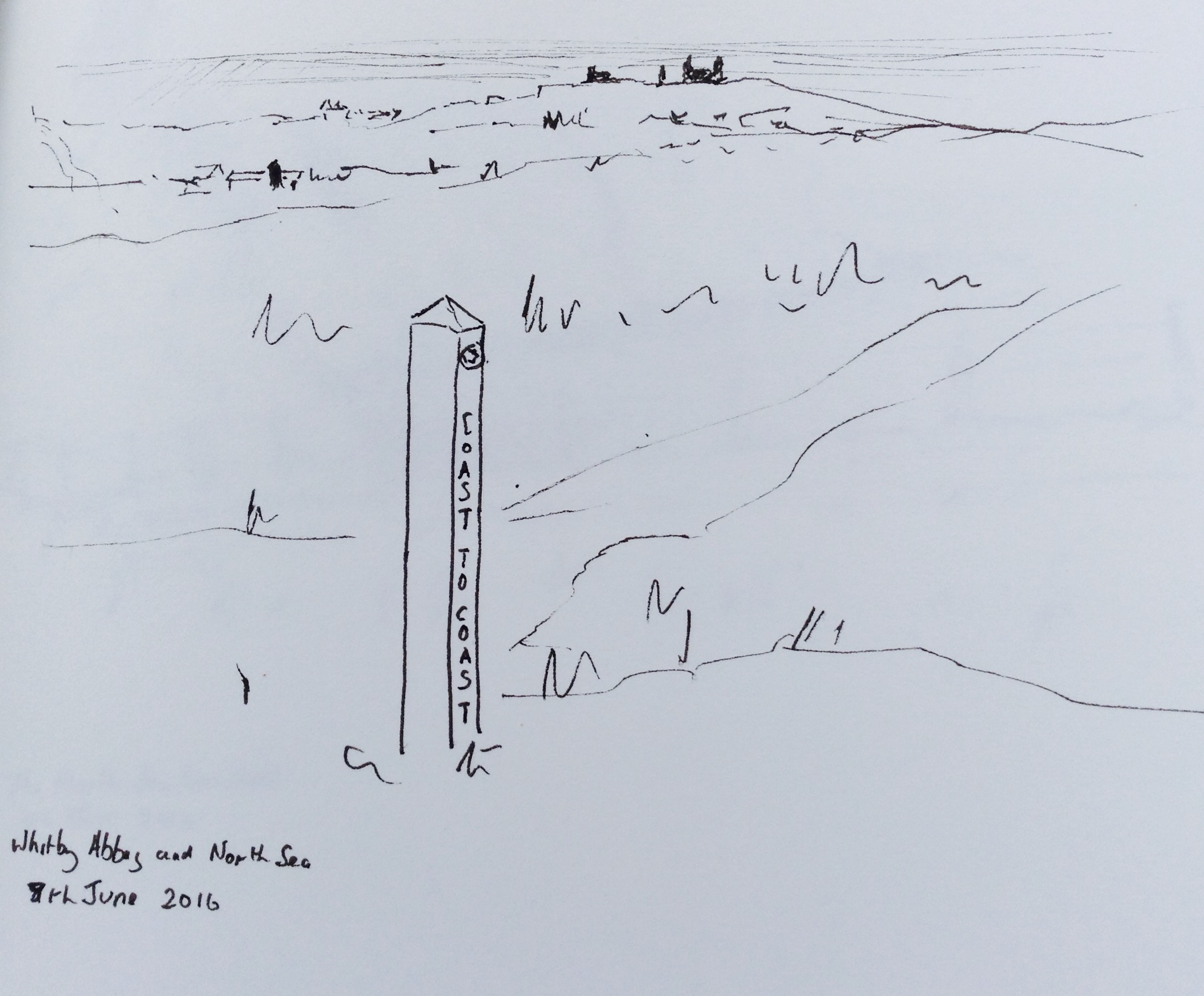